Back to the cloakroom I went to see in March with a bang. Oporto really is quite a poky venue, but it’s got something wholesome about it. That’s what made it the ideal venue for a Kid Kapichi-fuelled Sunday night revolution.

It all kicked off with a sweet note. After 2020 was dubbed ‘the year of the Fudge.’, the fabulous foursome of Leeds-based boys that made up the first support act set things alight. It’s not unusual for Fudge. to command a crowd that they don’t fully know. Sure, they have a solid following of loyal friends and fans, but every person in the room becomes sold by the end. Without fail, there’s something hypnotic about Cam’s engaging vocals and showmanship, Otto’s note-perfect lead and Tom’s bass guitars, all tied up seamlessly with Angus’ drumming.

So, once the room was adequately warmed up (I’m not ashamed to say my silk blouse and leather jacket combo was a mistake — ROASTING), Catholic Action took over. These chaps hailed from Glasgow and seemed delighted to be on stage. They didn’t come with an arsenal of banter or mosh pit-raising techniques — they were no frills and no fuss. I haven’t stopped rinsing ‘Say Nothing’, ‘Propaganda’ and ‘Another Name For Loneliness’ since.

Kid Kapichi are a special band and they really brought it on Sunday. They demonstrated how they’ve identified a sort of sub-genre of alt rock and punk that’s pure, honest and all tied up into one neatly ribboned package of riff-led raucousness. It appeals to a niche of people that are tired of society’s hamster-wheel day-to-day doings, disillusioned with the government and media and, ultimately, crying out for a good riot. And I’m all for it — that’s why I was buzzing to see them.

Thankfully, their sold-out Oporto gig delivered. With a balaclava donned, the set sparked into action with their latest release, ‘Thugs’. It’s a smoking gun of stick-it-to-the-man messaging, which got everyone going. They also played all the tracks I’ve had on repeat for ages: ‘Sardines’, ‘Puppet Strings’, ‘Death Dips’ and ‘Glitterati’, which ticked every box for me. Whoever’s got tickets for the upcoming shows on their tour are in for a blast. 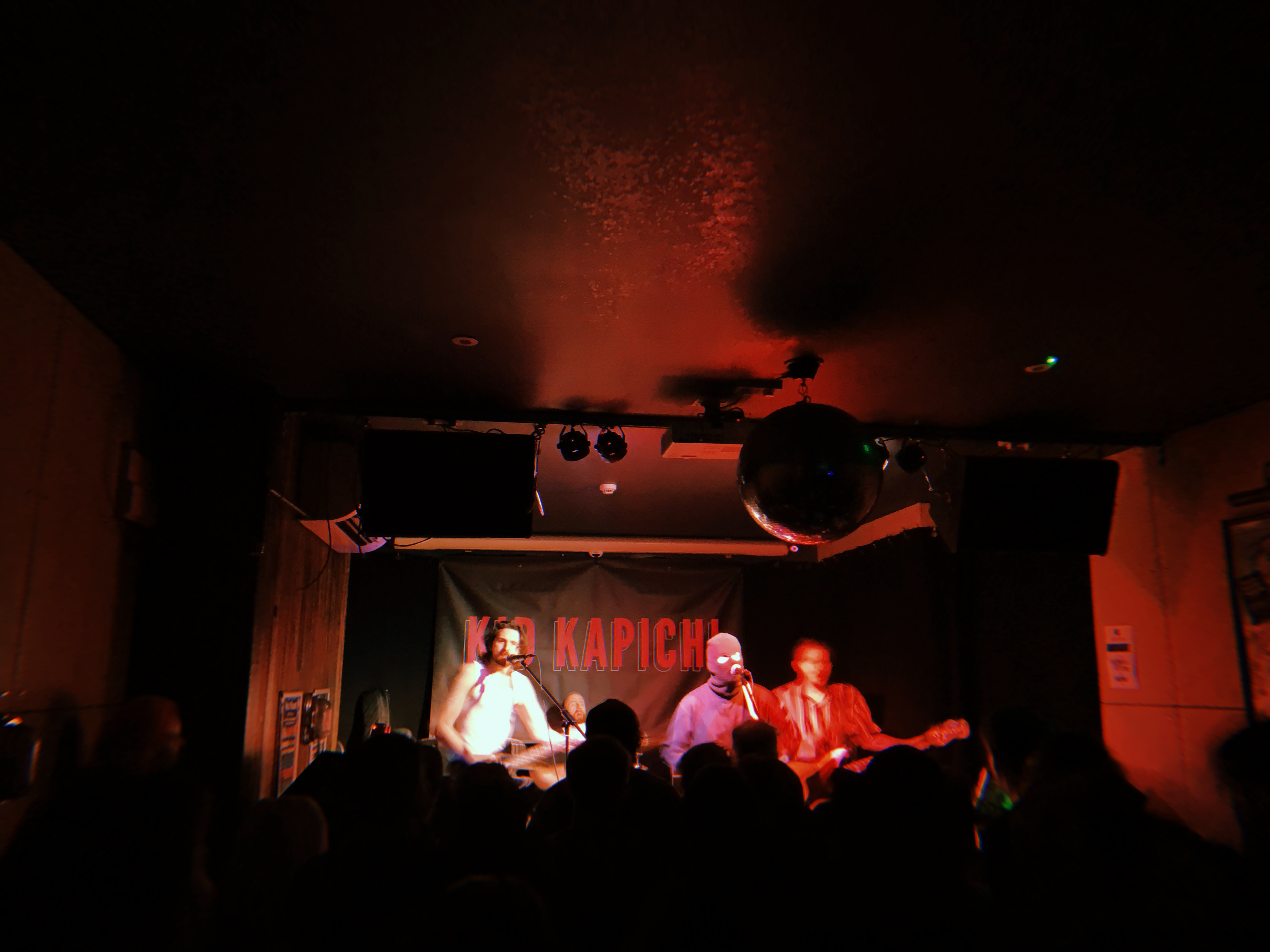