It feels like forever since I’ve been to a gig. So, I was scrolling through DICE and thought I’d get involved with the PlayOn Fest live stream that’s going on this weekend. I bought a ticket for Anderson .Paak and the Free Nationals and tuned into a spellbinding 45 minutes of hip-hop that injected life into my evening. 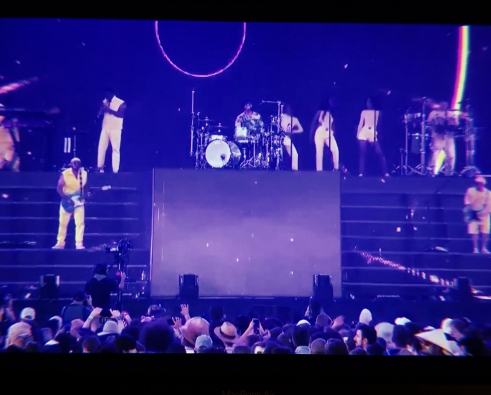 For some, this live streaming malarkey might seem odd, given that you can watch recordings from sets and festivals on YouTube at any time. But this felt like the opportune moment to reconnect with music a bit more personally. Getting used to sitting on the sofa for a gig, instead of being on my feet, was interesting. I’ve always been pretty skilled at rocking up at the right time to see artists starting though, so that element wasn’t new.

This particular Anderson .Paak and the Free Nationals set was just a recording of their Coachella 2019 show. It began with .Paak drumming, the Free Nationals and his backing singers and dancers, the Honey .Paak, surrounding him. Apart from .Paak himself, they were all in sunshine-yellow outfits which brought a summery vibe to proceedings before it all got going properly. For me, on my backside at home, it provided a nice slice of hope during these dark, Covid-coated times. Brighter still, .Paak had donned a tropical-print shirt and shorts co-ord with large, round sunglasses and a bucket hat. 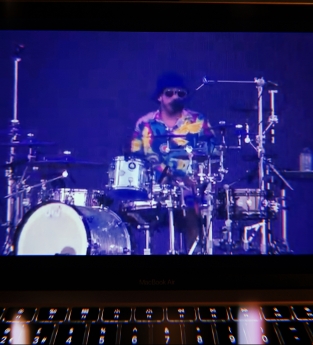 The minute ‘Heart Don’t Stand a Chance’ commenced, you knew the whole set would be nothing shy of energetic, funky soulfulness. Even while sitting, I felt a huge urge to dance, so it’s hardly surprising this captive Coachella crowd was going wild.

While the grooves played, .Paak gave a shout-out to the late and great Nipsey Hussle and Mac Miller — the latter especially being a rapper I really wish was still around. This ideal Saturday night in lockdown continued with a favourite of mine, the ultra-catchy ‘Come Down’. Incredible blues guitar licks, trumpet solos, tinkling instrumentals, magical harmonies, hypnotic electronics — this set had everything and more. Better yet, the bass on ‘6 Summers’ is what rap music is all about, with the dream addition of a solid beat and token saxophone melodies for good measure.

It was a really strong showcase of the Free Nationals doing their thing as well. The delicious vocoder sounds of the chilled-out ‘Beauty & Essex’ (originally featuring Daniel Caesar and Unknown Mortal Orchestra) from their only album was a particular highlight. I can assure you that their entire debut is tailor-made for fans of Chic and Nile Rodgers, so go and find it on Spotify ASAP, if you aren’t yet familiar.

They also rolled out ‘Make It Better’, a popular .Paak track recorded with Smokey Robinson. “I just wanna make you feel good now”, the resonating lyrics, hooked the live-streamers at home maybe even more so than it did the real audience last year. As night-time descended, and through this song too, a kaleidoscopic light show of all kinds of bold hues dazzled with intermittent bursts of pyrotechnics.

The set ended with ‘Dang!’, which .Paak originally produced with Mac Miller. What a touching tribute it was. It hit me then that, when you listen to the notion of losing people in the words of this song, it has even more meaning than ever. While Miller’s vocals rang through the speakers, it was like a posthumous performance. The explosively exciting show fizzled out with a lasting photo of the pair up on the big screen, too. And then that was that — I’d finally seen Anderson .Paak and the Free Nationals live… sort of.