It’s around this time of year that people begin to get excited about summer and, with everything that’s going on, we’re going to need sunshine and good times more than ever. What better way to reignite those giddy feelings about beer gardens and rooftop bars than by revisiting some unbeatable summer tunes?

If Vampire Weekend had been seriously electronic, this would’ve been how it sounded. With that in mind, it should come as no shock that Rostam Batmanglij has been a major figure in forming both bands. Discovery was his vision before he had chart success with Ezra Koenig and co. In July 2009, Discovery blessed the summer season with a soundtrack of glossy, funky tracks that simply make you want to dance. ‘I Wanna Be Your Boyfriend’ is cloyingly catchy, with ‘Orange Shirt’ and ‘Osaka Loop Line’ among the faves.

Kevin Parker, with his luscious long locks, knows a thing or two about decent music. Although Tame Impala has an arsenal of fantastic records in its back pocket, ‘Currents’ is the one that most conjures up images of summer. Picture being a few mojitos into a night out — you’re in a rooftop bar, the sun’s setting, then the DJ spins ‘Let It Happen’. Yes. What a triumph. It’s urging you to let loose and groove until the lights go low. You can only hope he also wheels out ‘The Less I Know The Better’.

I remember being ecstatic when this record finally dropped. Young Barny Fletcher spoke of Live at Leeds being one of his first gigs, as he stole the ears of us early starters at Headrow House last May. I was delighted that my gig buddy and I had stumbled upon him, because his Paolo Nutini-esque vocals and quirky electronics tumble into effortlessly cool, almost old-school urban. All seven tracks are winners, but make sure you download ‘Christ Flow’, ‘SNOWinTO’, ‘Better Than You’ and ‘Ooh La La’ first.

I get that this isn’t the most summer-vibe-inducing record ever released, but it reminds me of last June. Shoegazy indie and electro-pop can often be what’s played late into those balmy summer nights, but I find this pleases my ears just as much. From start to finish, the tracks are all killer, no filler. From the raging ‘Bad Company’ to the comfortingly outreaching nature of ‘Don’t Wait ’Til Tomorrow’, it’s a modern day rock record to be shouted about. The transition from feisty ‘Punch Bag’ to ‘Fired Up’ is absolutely seamless.

Starting an album with something as bold as ‘BOOGIE’ is a big deal. This pumping opener is a tangle of loud, distorted saxophone melodies, a solid beat and a few token sirens in the background, with almost hyper rapped vocals. It epitomises and encapsulates the feeling of euphoria. Of the other 14 tracks on the record, ‘Bleach’ is a swoon-worthy, day-dreamy number that’ll have you nodding your head along to within seconds. This one’s for  those lazy drives to sunny spots. 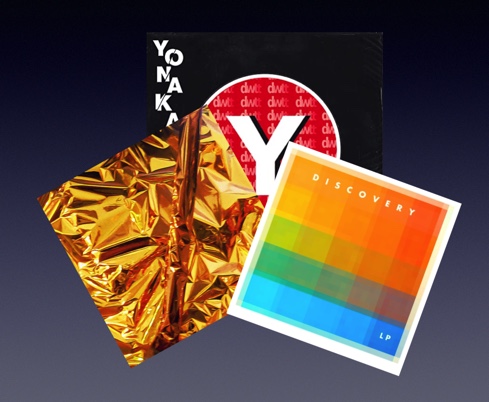