Festival season is looking cancelled, your wellies are staying in the garage, you’ve no idea when you’ll next go to a gig… sounding familiar? Now’s your chance to reminisce.

I’ve never been to Glastonbury but have always managed to reconcile it with myself by watching all the highlights. Of the acts I watched from the comfort of my own sofa in 2019, these artists made the biggest impact on me — with Loyle Carner being my absolute favourite (and dare I admit, a bit of a tearjerker also?). Here you have it — five Glasto shows to catch up on. 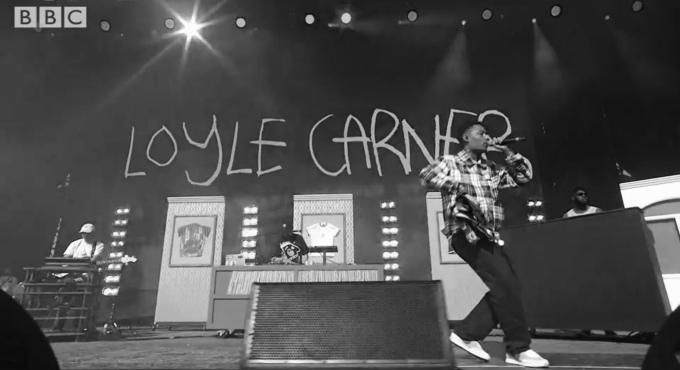 Those loyal to Loyle will know he’s close to his Mum. He talks about Jean all the time and she’s been used as a muse in some of his tracks. So, it was particularly fitting that the lady herself was side of stage to watch her son’s powerful set. The combined beauty of ‘Angel‘, ‘Loose Ends‘ and ‘Ottolenghi’ made me misty-eyed, but the power behind ‘No CD‘ and ‘Ain’t Nothing Changed’ were off-the-charts uplifting. Loyle, your sun-drenched Glastonbury 2019 set was beyond special.

I was always an unwavering fan of Foals, but haven’t quite gelled with their new material as much as their old. So, watching their Glasto set was a good opportunity to brush up on their latest offerings. This is where I was first acquainted with ‘Black Bull’, one of the thrashiest, riff-heavy numbers from the band. ‘On The Luna’ was another standout and sounded fantastic all loud and proud, in front of such a mammoth audience.

On the infamous Pyramid Stage, one of the headliners, the Cure, commanded our attention. If this band isn’t a household name to you, I don’t know where you’ve been. Sure, they did form back in 1976, so might’ve missed the radars of the younger generation, but Robert Smith remains an icon. It was a pleasure to sit and watch them play the majestically wistful ‘Boys Don’t Cry’, ‘Just Like Heaven’ and ‘Pictures of You’.

I first came across Jon Hopkins when he and King Creosote collaborated to produce ‘Diamond Mine’ back in 2011. For those of you up to speed with both Hopkins and this album, the sounds are quite distinct. That record doesn’t showcase him at his truest, most electronic self. It’s undeniably dreamy, ‘Diamond Mine’, but it’s a far cry from the masterful ‘Immunity’ and ‘Emerald Rush’. While you can’t beat being there in person, the strobing helped bring my sitting room to life.

If you don’t rise to your feet to dance to Tame Impala, something’s gone awry. These chaps are the curators of funky indie that lends itself to being played a high volumes. At Glastonbury 2019, the vivacious ‘Elephant’, uptempo ‘Let It Happen’ and ultra-catchy ‘The Less I Know The Better’ were all class.