For a bit of suspense and dramatic effect, I’m a fan of a ‘watch this space’ post. But it’s not for fun that I’m typing that message now. It won’t have escaped your attention that the world’s in total, Coronavirus-induced disarray. Schools, unis, gyms and pubs have closed — the latter two being real blows for me — but gigs have also been postponed or cancelled. We’re in lockdown and making the best of it, but it does, to put it bluntly, suck.

While we’ve now bags more time to trawl euphorically through old playlists and rekindle the flame with classic albums we’ve not given a spin for a while, we can’t get out to relish live music in action. And if you’re a regular reader of my features, you’ll know I like to go to a couple of gigs a month. So, needless to say, I’m having withdrawals.

Last Thursday, I should’ve been off to the brilliantly unique Belgrave to see Kojey Radical. Unsurprisingly, this was rearranged to December, which means I still have it to look forward to, but, sadly, that wasn’t the same for Kele. The Bloc Party frontman’s Leeds gig was originally scheduled for February, which I’d viewed as a pre-birthday treat for myself, but it was pushed back to May. I could live with that, at the time. But with everything currently going on, Kele has decided to axe his tour entirely. I don’t so much want a refund when a gig’s cancelled — I’d prefer hear the date’s been changed and all tickets will still be valid. But that’s that.

The fate of this year’s Live at Leeds still hangs in the balance. Although, let’s face it, May isn’t far away, so it’s bound to be called off. Again, rearranging to later in the year would be grand, but it could be that they just postpone until 2021 and those with tickets could use them then. Who knows?

Whatever happens, I just want to be back in those eclectically-dressed, sweaty-faced, ear-rupturing crowds as soon as possible. Coronavirus is kicking live music in the teeth at the moment, and I can’t express how delighted I’ll be when it can fight back. 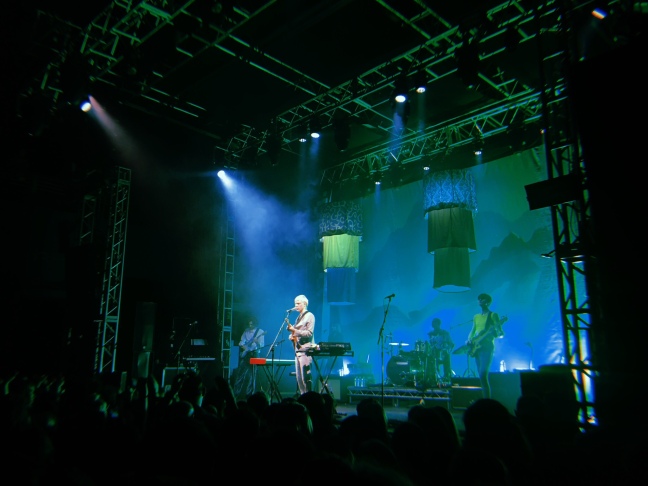