Sweet by name, explosive by nature

Nine times out of ten, you go to a gig and the band say, “we hope you like our songs”. But if there’s one thing about Leeds-based Fudge., it’s that they promise a whole experience when you see them live — it’s not just the music. From start to finish, you can feel this overwhelmingly magnetic energy — and that’s how I’m certain they’re destined to go far.

You could tell the crowd at Hyde Park Book Club was mostly made up of people they knew. It was a credit to Fudge. and lent itself well to them putting on a hell of an engaging show. The venue was also wall-to-wall (quite literally) band logos and posters. They’d done an incredible job of making the place their own… right down to some very kitsch, homemade branded tea towels. You don’t get that every day now, eh?

The set started with ‘Walrus’ and its grungey, antagonistic riffs. Everyone seemed to know it, so it didn’t take much for frontman Cam to command the room’s attention — and get a mosh pit going. With crowd-surfing and a couple of guest appearances in between, the boys put on an hour-long masterclass of angsty anthems, riotous vocals and even an insane Dizzee Rascal/Prodigy mash-up.

They finished strongly with ‘Not a Threat, Just a Warning.’, which is probably my favourite of the lot, and they were properly grateful to everyone who came out for the show.

They pledge to “blow your fucking mind”, and I can guarantee they do. Amazing. 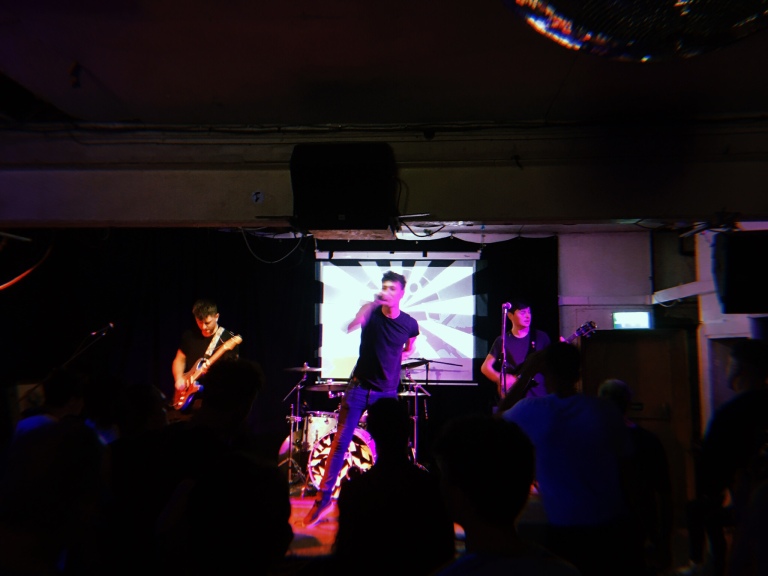